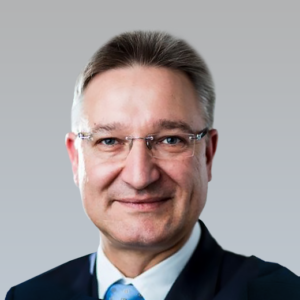 Wolfgang Röhrig is the Head of Unit Information Superiority in the Capability, Armament and Planning Directorate of the European Defence Agency (EDA). He was born 1966 in Germany and entered the German Navy in 1985. After completing his studies at the University of the Federal Armed Forces in Hamburg with the degree of MBA in 1990 he served in several officer’s positions in the German Navy and the German Joint Services including several operational deployments and service in NATO. In March 2012 he joined EDA as Project Officer and became Programme Manager Cyber Defence beginning of 2014.  In this position he developed and shaped the EDA Cyber Defence Programme, being inter alia responsible for the identification of capability gaps with respect to cyber defence in EU-led military operations, and the development and implementation of solutions for closing these gaps through cooperative projects with EU Member States. In February 2018 he returned to the German Armed Forces becoming a staff member of the new Cyber and Information Domain Services Headquarters dealing with International Cooperation in Cyber Defence. Since November 2018 he is leading the EDA Information Superiority Team in EDA. The EDA Information Superiority Team pools the EDA expertise on Capability Development in the Cyber Domain and the Space Domain as well as on ISR, Information Management and general CIS.