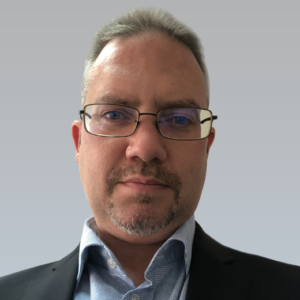 Richard has had an accomplished career as a senior international solution director and CTO working on some extremely complex projects. He brings vast experience in solution leadership, architecture, practice leadership and business development. Prior to joining Nokia in his current role and Global CTO for Public Sector and Smart Cities, he working at DXC Technology and HPE acting as chief technology strategist for multiple customers and successfully leading large solution teams for several very large, complex deals for Public Sector in the Middle East region. This included his role as the CTO for the Smart Dubai project.

Prior to his stint in Dubai, Richard was the EMEA Applications Leader for HPE Enterprise Services, spearheading some of the largest deals in Europe. Before joining HPE Enterprise Services in 2014, he held senior architect and practice roles at Accenture and Oracle in the UK. Before this, he worked for 10 years in Spain, performing multiple pre-sales and delivery roles for Atos Origin and Everis Consulting in Barcelona and Madrid.

Richard has experience in multiple industry verticals, although has focused especially on Public Sector and Smart Cities in the last 5 years.