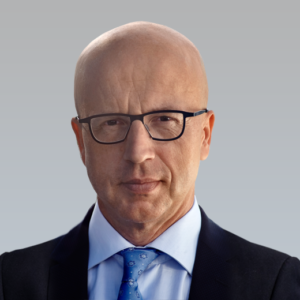 Member of the European Parliament with the ALDE Group and Vice-President of the European Parliament, Pavel Telička was elected in the Czech Republic after having significantly contributed to the country’s integration into the EU throughout his career. After having obtained a law degree from the Charles University in Prague, he joined the Ministry of Foreign Affairs of the Czech Republic, where he also held various senior positions, including that of 1st Deputy Minister of Foreign Affairs and State Secretary for European Affairs. As such, Mr. Telička was the Chief Negotiator of the Accession of the Czech Republic to the European Union. His successful efforts were recognised by former President Vaclav Havel, who awarded him a Memorial Medal. Subsequently, Pavel Telička served as Czech Ambassador to the EU and as first Czech European Commissioner. In 2004, he co-founded and directed BXL Consutling Ltd, an EU affairs consultancy firm until 2013, when he began campaigning for the European elections.

In May 2014 he was elected to the European Parliament, running for the Czech liberal movement 'ANO 2011'. Mr. Telicka is Vice-President of the European Parliament and coordinator of ALDE MEPs in the Committee on Transport and Tourism, where he focuses especially on aviation, railway and road transport and integrated ticketing. Additionally, Mr. Telicka is a substitute member of the Committee on Industry, Research and Energy, where he is currently working on circular economy, cybersecurity, energy policy. Other political interests include better EU regulation, foreign policy and human rights and democracy in the world.