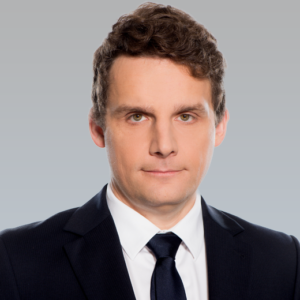 IT manager with broad experience in managing digital organisations. He was the co-founder and the first director of the National Digital Archives (NAC) in the years 2008-2012. After that, for four years he was the director of  Center for Informatics Technology (COI), which he then transformed into a center of digital literacy for the state. Under his leadership, both the System of National Registers and a well-protected server base – Integrated Registers Infrastructure, were created at COI. His managerial activities in the IT field are directed towards ensuring the country sovereignty in a digital sphere, and additionally the construction of the common well-being by means of IT tools. He formulated the idea of „service state”. Under his leadership, lots of facilities for citizens were created such as portals, providing several million digitised documents and archival photographs, as well as various e-services platforms: obywatel.gov.pl, historiapojazdu.gov.pl and also bezpiecznyautobus.gov.pl. He has been recently awarded the prestigious title of „Chief Information Officer of the Year 2015” by  the Polish IT managers’ industry.