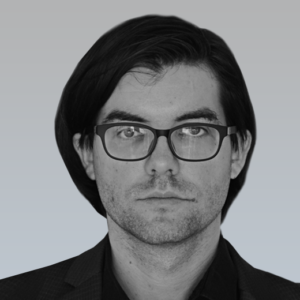 Assistant Professor at the Institute of Political Sciences The University of Silesia, Poland

Assistant Professor at the Institute of Political Sciences, the University of Silesia, Poland. He holds a Ph.D. and Habilitation degrees in Political Sciences. He was a Visiting Fellow at Jesus College, University of Oxford (2018), at the Robert Schuman Centre, European University Institute (2018), and a Corbridge Trust scholar at the University of Cambridge (2011; 2018). He was also a grant recipient of the International Council for Canadian Studies (2011-2012) and of the Polish National Science Center (2018-ongoing). In the past he taught in Italy (Universita degli Studi di Napoli 2011) and France (Université de Nice Sophia Antipolis 2013) under the Erasmus LLP program. His research interests include digital jihad, cyber security issues (cyber warfare, cyber terrorism), and techniques of open source intelligence. He published papers in leading academic journals in the field of security studies, including Terrorism and Political Violence, Studies in Conflict & Terrorism, and Perspectives on Terrorism.