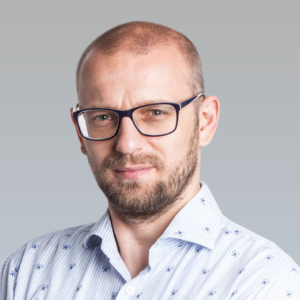 A graduate of Inter – faculty Individual Studies in the Humanities at the University of Silesia in Katowice. An M.A. in Political Science and Sociology, a PhD Student. Currently a local government employee and a social activist. A distinguished advocate of downtown revitalization and the return to city centers. Before the EU accession referendum, he had worked at the Regional Center of European Information in Katowice. Following his studies in Germany, he was involved in the creation of the Silesian Metropolis at the office of the Upper Silesian Metropolitan Association. A Scholarship beneficiary of the “Carl Friedrich Goerdeler Kolleg für Good Government” Program, Robert Bosh Foundation. Mayor’s Representative in charge for Investors’ Service at Chorzów City Hall since 2015 and the Director of Investors Assistance Department at Katowice City Hall since 2019.