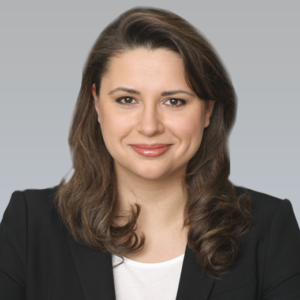 Dr. Georgieva joined the EU Policy Team of Google in Brussels in December 2018 and is in charge of cybersecurity and privacy issues. She holds a master and doctoral degree in law from the University of Vienna and worked first in a large law company in Vienna. She joined the Federal Chancellery of Austria in 2009 and in 2013 the Permanent Representation of Austria to the EU in Brussels (Department Federal Chancellery) as Attaché for Cybersecurity, Data Protection and Media Policy. In her function in Brussels, Dr. Georgieva was involved in the negotiations of the e.g. GDPR, EU-US-Privacy Shield, AVMS Directive, NIS-Directive and Cybersecurity Act as well as in the national coordination of the Digital Single Market Policy. During the Austrian Presidency of the Council of the EU 2018, Dr. Georgieva was in charge of the trilogue (Council, European Parliament and Commission) on the Cybersecurity Act and chair of the Horizontal Working Party on Cyber Issues. She holds lectures and has publications in the field of Union Law, Data Protection and Cybersecurity.