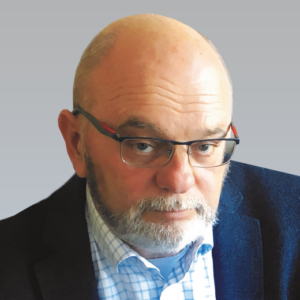 President of the Board InnoBaltica Ltd.

He comes from Gdansk and lives there. Graduate and lecturer at the Gdańsk University of Technology. In the years 1996–2004 he was the director of the Cultural Park of the Gdańsk Fortress transformed into the Hewelianum Center, in the years 2004–2009 he was the director of the Development Programs Department at the Gdańsk City Hall, then the director of the Pomeranian Voivodeship Project Coordination Department at the Marshal's Office. Unofficially, he is called a specialist for missions impossible. He successfully implements them and shows that there are no difficulties that cannot be overcome. The most important of the projects implemented so far are the Gdańsk Hewelianum, the Żuławy Loop, and above all the Pomeranian Metropolitan Railway. At present, Krzysztof Rudziński and the InnoBaltica team are preparing the Platform of Integrated Mobility Services - the electronic Fala system, standardizing and connecting charges for public transport in Pomerania.