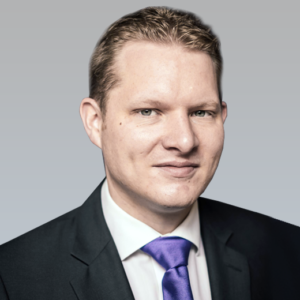 Johannes joined Siemens in 2016 as Director for Government Affairs. He mainly follows EU policy and legislation linked to Digitalization topics. He was part of the project team that developed the Charter of Trust which was launched at the Munich Security Conference in February 2018 together with several other companies.

Johannes has extensive experience in Public Affairs and Communications, having worked in Brussels and Washington, D.C. over the past ten years.

He holds degrees in International Relations and Business from Universities in Germany, Spain, France and the UK.