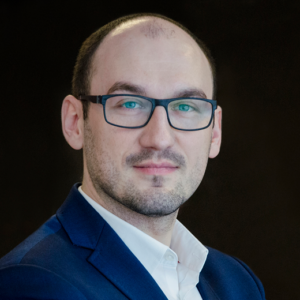 Acting Deputy Director of the Telecommunications Department, Ministry of Digital Affairs of the Republic of Poland

From the beginning of his professional career he has been associated with European funds. He worked at the Audit Institution and the Managing Authority of the Operational Program Development of Eastern Poland 2007-2013. In 2010-2013, he was responsible for the Broadband Network of Eastern Poland project and issues related to the development of the information society at the Ministry of Regional Development. He participated in creating the Operational Program Digital Poland for the years 2014-2020. From 2013, he is an employee of the Telecommunications Department of the Ministry of Digital Affairs. He is resposible for creating a friendly legal environment for telecommunications investments, the implementation of tasks under priority axis I under the Operational Program Digital Poland 2014-2020 and the Nationwide Education Network. Since February 2017, he has been the Acting Deputy Director of the Telecommunications Department.