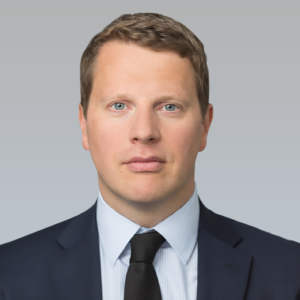 Martin Roger has been serving as Ambassador to Poland since 2018. Previously he held various positions in the Ministry of Foreign Affairs of Estonia, including Director for Russia, Eastern Europe and Central Asia from 2014-18, Head of Unit in Policy Planning in 2008-2010 as well as in the Legal Department. In 2007-08 Ambassador Roger served at the Office of the President of the UN General Assembly as Adviser on Legal Affairs and Counterterrorism. He has also been seconded Estonian Ministry of Economic Affairs and Communications where he held the position of Director of EU Affairs and International Co-operation. His foreign postings include Estonian Permanent Mission to the United Nations in New York and Estonian Embassy in France. He has a degree from Law Faculty of University of Tartu and Master’s Degree in International Law from University of Amsterdam. In addition to his mother tongue Estonian Ambassador Roger speaks English, French, Russian, Finnish and is developing his skills in Polish.