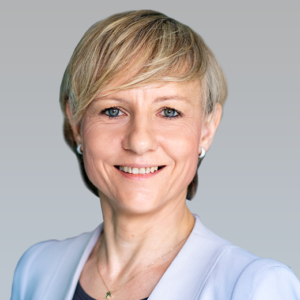 Agata Szydełko received Master’s degree in Management and Marketing at Wroclaw University of Economics, and in 2012 graduated from NATO Executive Development Programme. Since 2016 she is the Deputy Director of Acquisition in NATO Communications and Information (NCI) Agency. Previously NCI Agency Principal Account Manager, led establishment of five multinational projects and Communications and Information Partnerships with several NATO and Partner nations, and established the first online NCI Agency Customer Services Catalogue. She was NCI Agency Senior Contracting Officer in charge of C4ISR acquisitions in support of ISAF and KFOR, software enterprise agreements, and led coordination of the Basic Ordering Agreements (BOA) Programme. Prior to her work in NATO, Mrs Szydełko held posts of International Business Director and Sales and Marketing Director in private IT industry in Poland.
She publishes in international journals and reviews, promoting NATO’s role in international and multinational C4ISR cooperation development and IT acquisitions. In recognition of her work at NATO, in 2015 Mrs Szydełko was presented with a Medal of Merit for National Defence by the Polish Minister of National Defence.